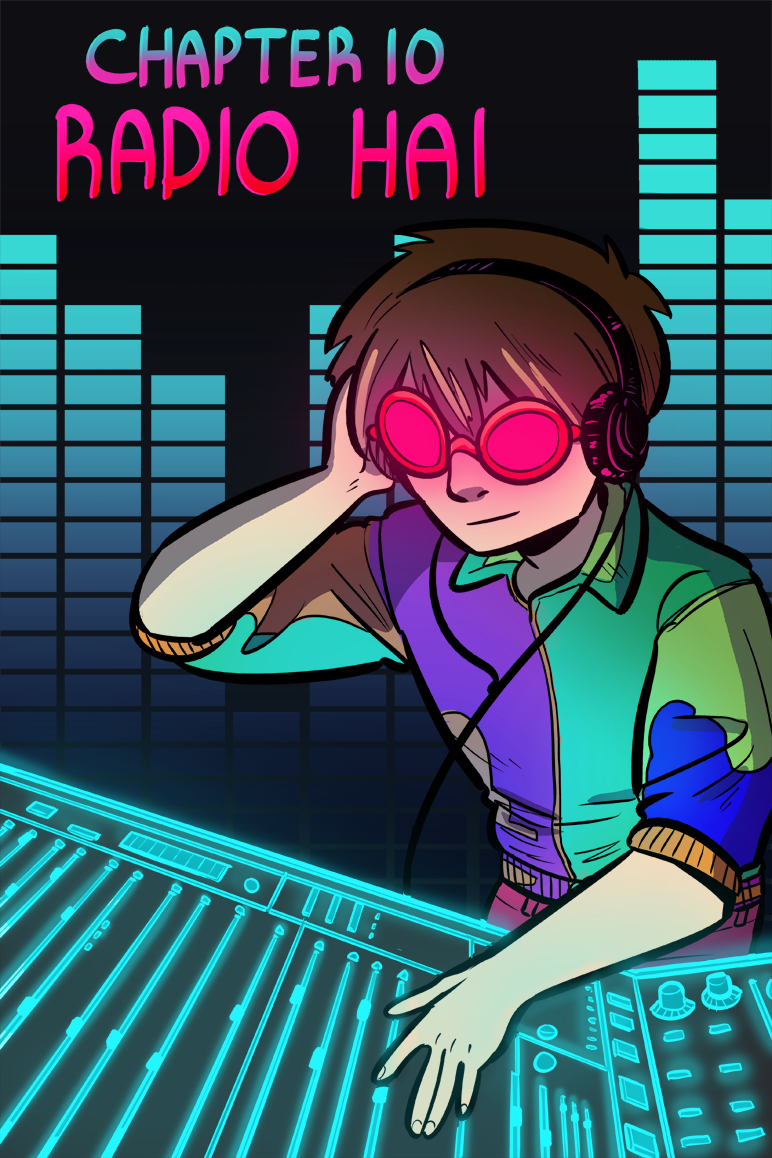 BEHOLD, THE TENTH CHAPTER IN THE BLASTER NATION SAGA! Go on, speculate on what's going to happen!

We did our first stream the other day! Had a decent turnout, about 15 to 20 people, I think. We have some audio issues when streaming PS3 games, but it seems to work fine with Dreamcast and presumably older consoles! Next time, we'll try out PS2 gaming, maybe play some Gitaroo Man or something.

Lots of progress is being made on that OTHER comic we do! Y'know, the sexy one? Unfortunately, that comic's way harder to do than this one, so it takes infinitely more work. I'm sure I've said it before, but it's way easier to write "luxurious rapper mansion in the midst of an extravagant party" than it is to draw it. Have I told you guys that Leslie's amazing? I seriously have no idea what I'd do without her.