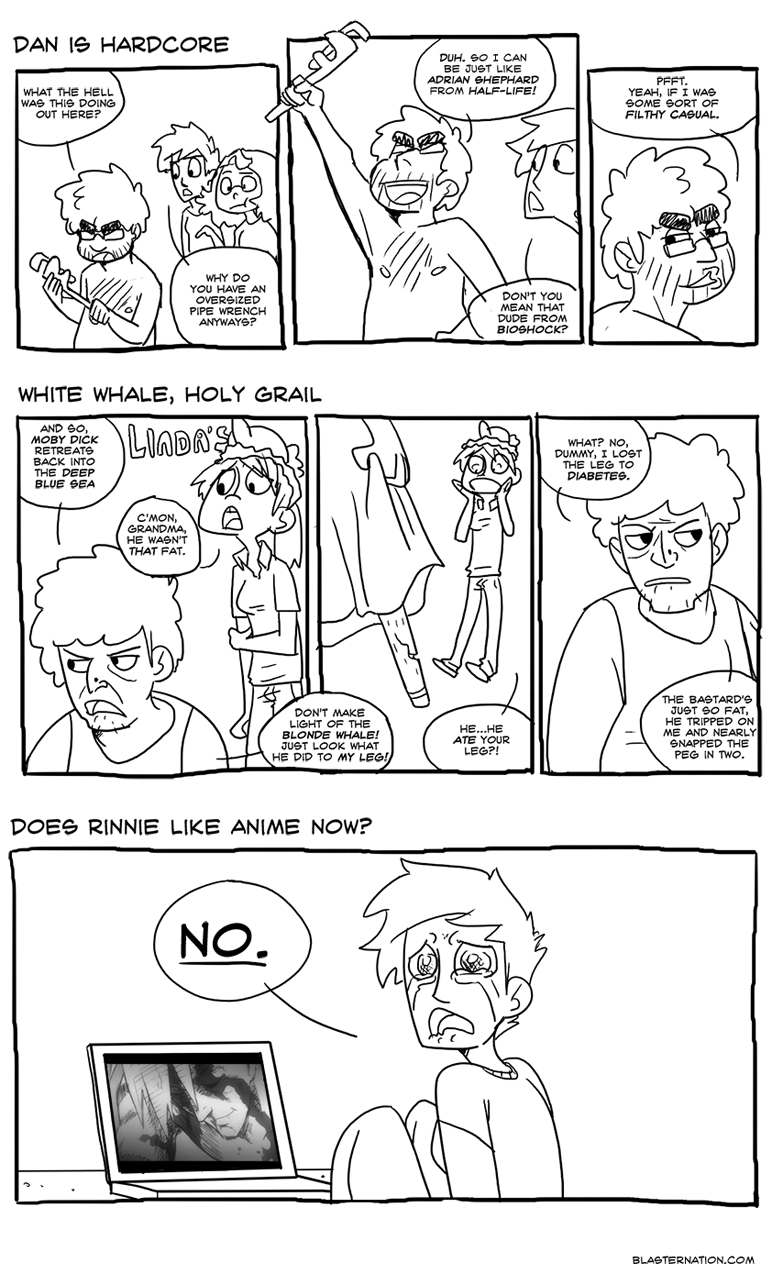 Sorry about the delay, guys! We’ve kinda had a seriously rough week. Lots of bad things happened that I won’t go into detail about. It’s okay though, don’t worry! We’re okay, and we’re going to keep you entertained! So while you guys are waiting on some legit Blaster Nation comics, we’re going to give you some little doodle comics! Just some short, simple comics poking fun at characters and plot points from this last chapter. Hopefully you enjoy them!

If not those, then enjoy some fanart! Our good friend Vicky livestreamed himself doing some Blaster Nation doodles, which I took the liberty of compiling and putting in a single image for your viewing pleasure!ï¿½  A Deviantartist and fan by the name of LeenaLala also drew a pinup shot of the world’s sexiest man, Dan! Oh baby! Thanks to both of you, both pictures are up on our Bonus section.

Speaking of which, I’m going to make a little checklist of things that we’ll be working on for the next two weeks so you guys know what to expect! This ain’t no vacation! We’re gonna be busy as hell while you guys wait! Here’s what we’ll be doing:

- Updating various icons and images around the site

- Creating some buffer comics for the next chapter

- Figuring out keyboard navigation for the site

And more to be updated later. Notice that our Chimneyspeak comic is NOT on the list of things to be done? BECAUSE IT’S ALREADY DONE! After six damn months, we finally finished it! If you have $2 and can stomach looking at two naked women having sex (gross!), then go check it out here! (SUPER NSFW, YOUR BOSS AND/OR MOM WILL FIRE YOU FOR CLICKING THAT LINK)

That’s all for tonight, though. Keep coming back, we’ll have more fun stuff for you later!