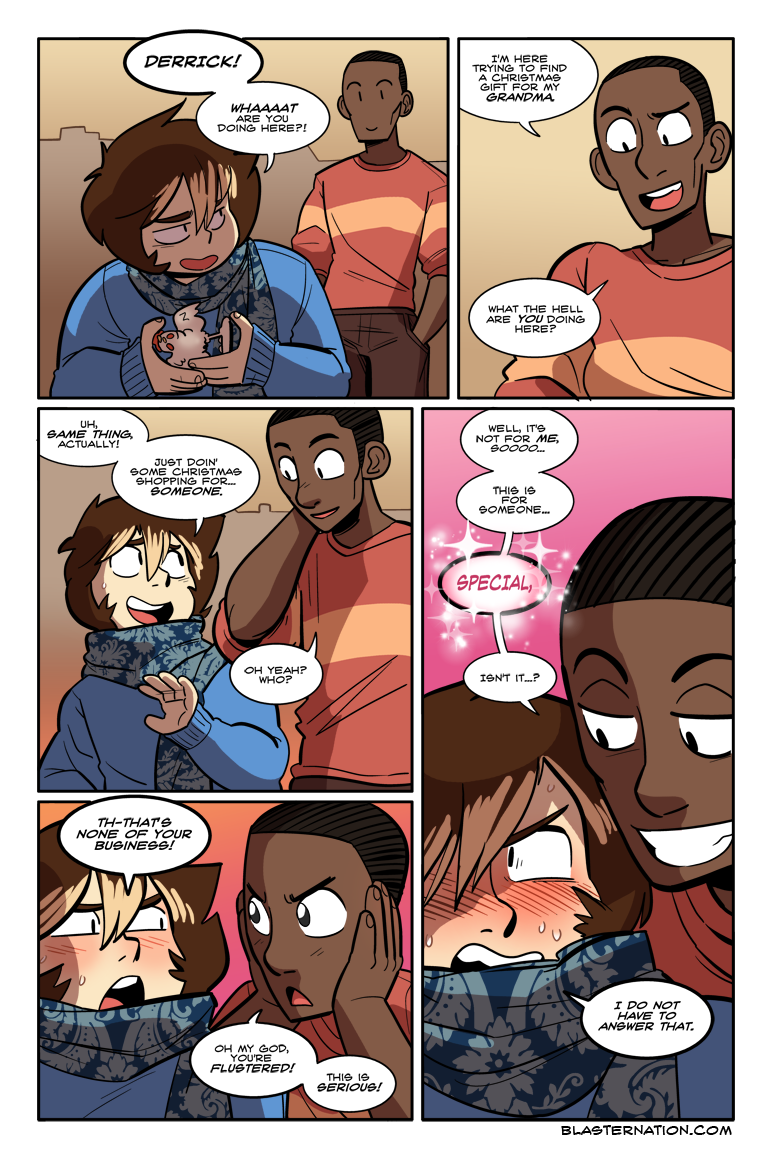 SO, The Game Awards were tonight! They were complete shit though so I don't wanna spend too much time talking about it, especially when people are waiting for a Blaster Nation to go up. Congrats to Witcher 3 for GOTY, CD Projekt Red is a good company and they deserve it. Damn shame that Bloodborne and Undertale didn't win a god damn thing. Rocket League is a fun little time waster, but Undertale deserved best indie game. Hell, it deserved at the very least a GOTY nomination, but unfortunately only big expensive games can be nominated for that. Instead, shit like Undertale gets regulated into the "Games for Impact" award, a completely useless, harmful category that does nothing but alienate instead of elevate these games. Your game shouldn't receive an award JUST because it's progressive, but it also shouldn't be thrown into a shitty little category BECAUSE it's progressive. No other fucking industry does that shit. It's like if Oscar-bait got its own category at the Oscars. It holds up cheap, shitty games that bank on nothing but the idea that it "breaks the norm" while also holding back genuinely amazing games that also have progressive themes. It's a bullshit award made to make people feel like games are truly *art* by giving it a literal *art* award. How the hell do you even judge a category like Games for Impact? How do you determine how "IMPACTFUL" a game is? Like, is it an emotional thing? Did none of the GOTY nominations not have an emotional impact? Or is it a social impact, like it brought about some sort of societal advancement? Do they have to start a dialogue, like it gets people talking about, I dunno, teenage lesbians I guess since Life is Strange won the award? Like, what the fuck qualifies and how do you determine what wins something like Games for Impact? It's just a bullshit award to throw at games that *FEEL* like art, or to throw a bone to games that can barely even qualify as games. It's a sympathy award that for the most part feels like "hey, you know, you kinda suck as a game but you tried somethin' new so here's a trophy", and honestly, it feels a little insulting for them to lump Undertale in with shit like Sunset and Cibele just because Undertale has some gay characters in it. Because now it feels like if you're too progressive, then you're lumped into a meaningless category and you bar yourself from actually meaningful categories, and it implies that none of the other games that won every other award aren't progressive at all. Otherwise, what's stopping something like Witcher 3 from getting the "Games for Impact" award because it has strong female characters or something? It's a stupid award. You really want to help a "progressive" game? Give them a real award. Open up the other awards so that it isn't just big, dumb, expensive, heavily-marketed, open-world sandbox blockbusters winning. If the "Games for Impact" are so goddamn impactful, let them compete in a real category. Otherwise, it's meaningless and hurtful. It's better they didn't get nominated for anything at all.

Sad thing is, despite all this bitching, I still would've voted Bloodborne for GOTY instead of Undertale. Just saying, Undertale deserved a GOTY nomination instead of some bullshit Impact award. It DEFINITELY should've gotten Best Soundtrack, I don't know why MGSV was even nominated in that category. Instead, Undertale got nothing. On the other hand, Fallout 4 also got nothing and that's pretty cool. Other than that, The Game Awards were just as embarassing and awful as they are every year. CAN'T WAIT FOR NEXT YEAR.

Also, I made it to Riki in Xenoblade Chronicles. 25 hours in! I think I'm gonna take a break from it and work on another game for a bit. Maybe Nier.

THAT'S ALL FOR TODAY, SEE YOU NEXT WEEK