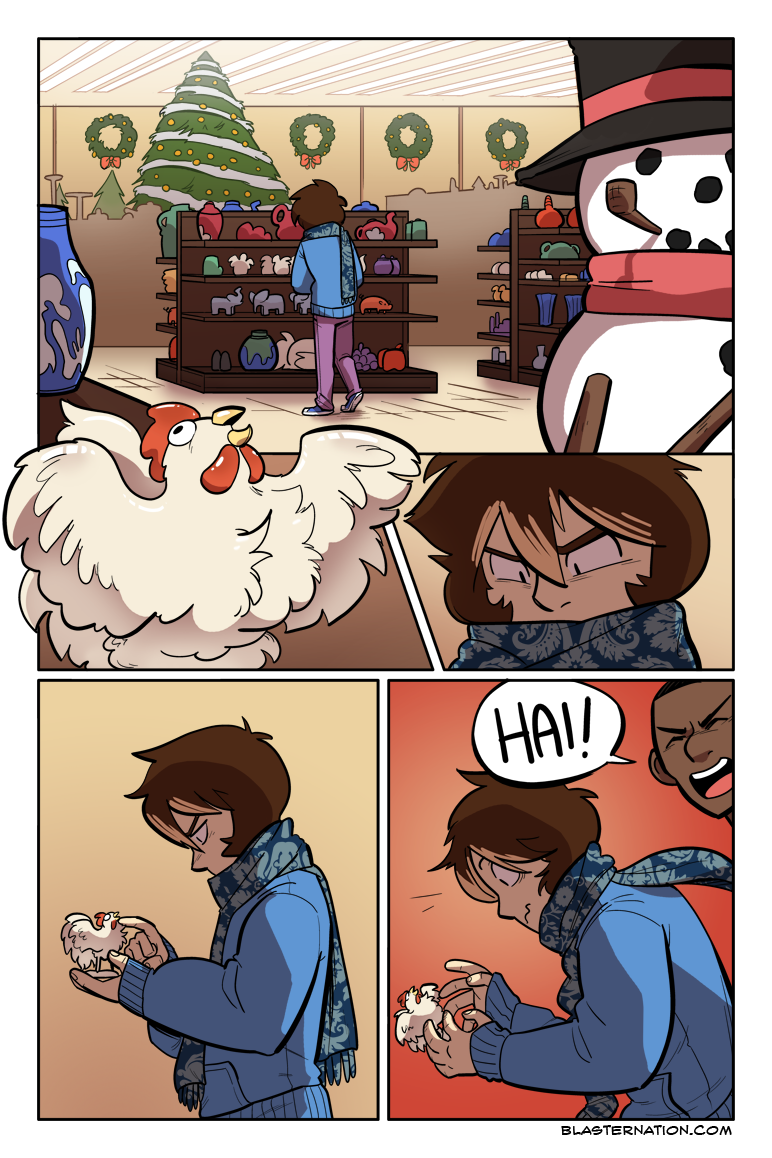 Finally, we're going to do a thing I've wanted to do for the longest time on Blaster Nation: Do a Christmas story. Also, FREEGLASS IS BACK ON INKS, BABY! He did an amazing job on this page.

So, you guys might've seen this if you follow us on twitter, but Maggie, Leslie's pet chihuahua, has passed away. Leslie owned that dog since she was nine, and the fat little butterball of a dog managed to survive all the way up until age 16 before congestive heart failure got her. She was chubby, mean, and goofy as hell, but she was a cute dog and Leslie's best friend. If there was one person that Maggie liked, it was Leslie (Maggie only tolerated me). Maggie would follow Leslie everywhere and always snuggle up with her, often demanding that Leslie stop working so that they could chill on the couch together. Maggie's favorite thing to do was to go to bed, because it meant she could sleep next to Leslie on our bed, something she was always excited about. Maggie has journeyed all the way from Louisiana to Kentucky with us and was always happy as long as Leslie was beside her. In her last few days, Leslie spent so much time with her, feeding her the best food and giving her plenty of attention. Lots of petting, lots of loving, lots of playing fetch with a tiny sock and lots of cradling like a big fat baby. There's no doubt in our minds, Maggie lived a great life that would make any dog jealous (and some humans, too, as they've so often told us over the years). She may have been spoiled, dumb, and mean to other dogs, but her bond with Leslie was the sweetest thing I have ever seen.

Maggie was a good dog. She was an important part of our lives, and we're going to miss her every single day. See you guys on Friday