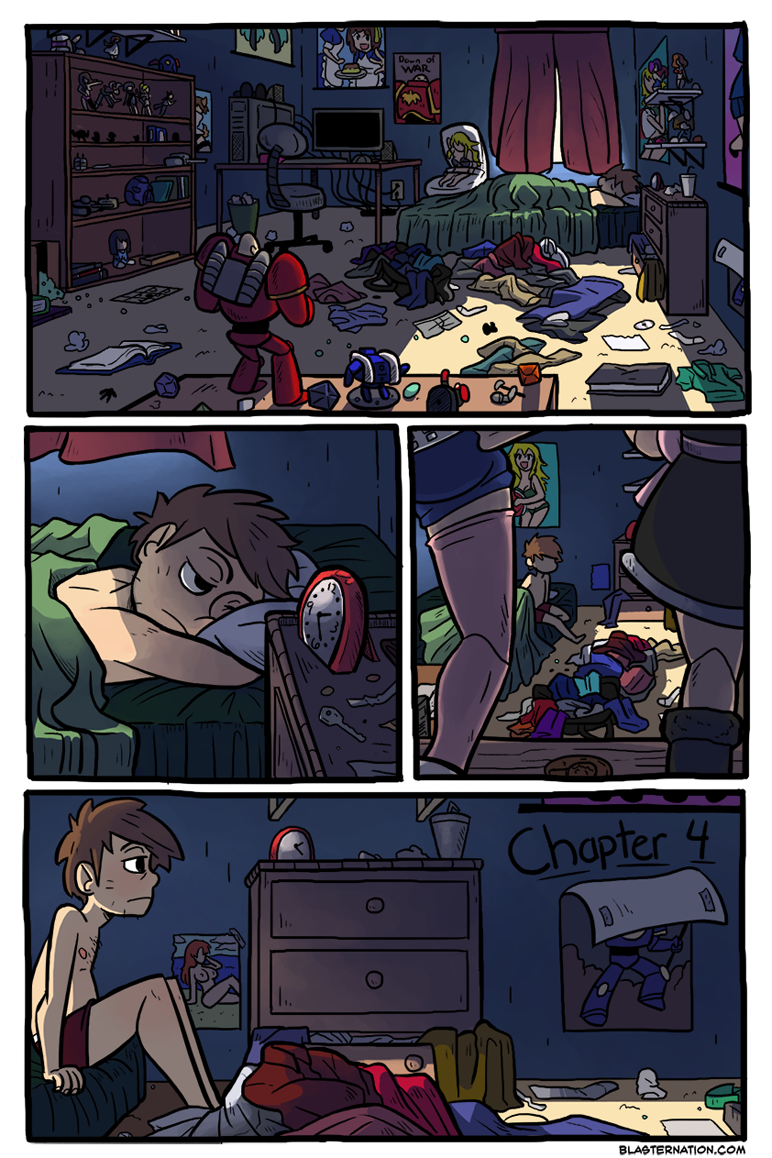 Welcome back, everybody! Like what we’ve done with the place?

We still got a little bit more work to take care of, but I think it’s coming along pretty nicely. If you don’t, that’s cool! We got ourselves a little facebook poll for you guys if you dislike the site’s new look.

Speaking of which, for those not in tune with social media, you may have noticed we skipped an update. We posted a thing on facebook about it, but might as well reiterate it here. We ended up getting swamped with work and sickness, and just couldn’t get around to doing one last intermission comic before this new chapter officially kicked off. So sometime later, we’ll finish the intermission comics and toss them in the Bonus section. Sound good? I hope so!

But yeah, unplug those nostrils and take a deep sniff! You smell that? That’s that new chapter smell you’re smellin’! For all you Matt fans out here, don’t worry. We won’t start this chapter off with him and switch to another new character later. This chapter’s chock full of way more Matt than you can possibly handle! We’ve even given his room a bit of an update since it’s last appearance. Not exactly consistent, but it sure looks better in my opinion.

That’s all for now. Thanks for waiting on us, and we’ll see you again on Sunday!