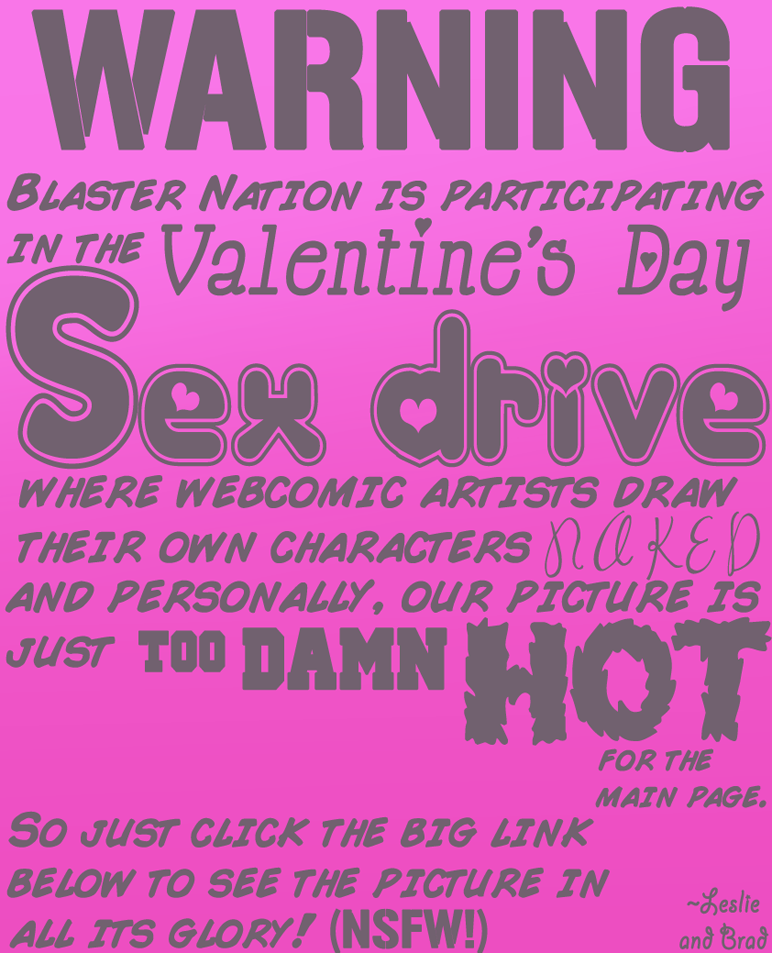 Okay, first some website news. We’ve got KEYBOARD NAVIGATION now! Use those arrow keys to scroll left and right through our comics! It’s a whole new way to reread everything we’ve done! Chapter 4 of Blaster Nation is underway, it’s already looking to be the best thing Leslie’s ever drawn. You’re going to be really impressed. Eventually, we’re going to update some of the icons and such around our site, so get ready for the first official Blaster Nation HD patch! Only 200 Microsoft points. But yes, on to the nudes.

Gotta say, we’re pretty proud at how gratuitous came out. And if you like to see more gratuitous Valentine’s themed nudity, then why don’t you check out all these other fine comics who also decided to celebrate Valentine’s Day without clothing! For added enjoyment, read these comics naked with a loved one! You could also just read them alone and naked, but uh, you don’t have to tell us about that. We just kind of assume reading webcomics alone and naked was normal for you.