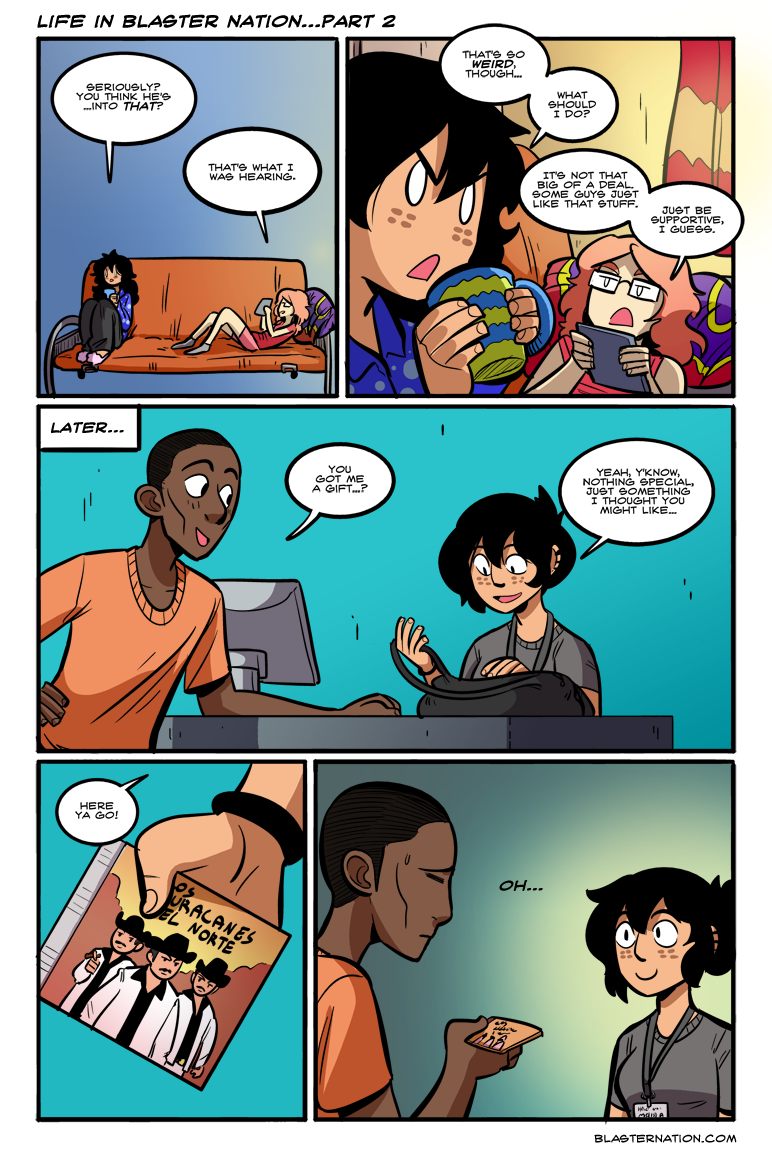 It's been awhile since we've had one of these chapters!

If you're unfamiliar with how this works, go back to our first Life in Blaster Nation chapter to get an idea. Just a whole chapter of short one-page comics showing how each character is going about their lives. Everyone's favorite characters will at least get a page showing what a big loser they are!

We really like doing these, though. It's fun to take a break from such serious plotlines like "nerds trying to fuck" or "guy tries to play old video game". We get to bring back a lot of old characters we've neglected or use jokes we couldn't fit into the story archs. Plus, more opportunities for fanservice, probably!

Anyways, we've got one commission finished and two more commissions half-way done. We'll be finishing these babies up in no-time! After that, we'll probably end up taking more so Leslie can buy some Miku figurines at Screwattack. If you guys are going to SGC in July, let us know! We can have some big dumb BN meet-up or something! I don't think we can host an official panel since we're just some obscure webcomic creators at a video game convention, so that's all we get, really. I'm not complaining, though. This is more of a vacation for us than anything. It's nice to go to cons without having to constantly watch over a table and sell people things!

That's all for today. See you on SUNDAAAY